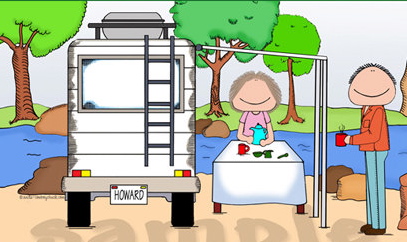 We are still at Grayton Beach State Park in Florida and our Traverse City friends, Dean and Diane Tobias, happened to be here for a few days too. We’ve had a great time visiting with them while beach-combing, bike riding, etc...One afternoon we decided to go explore the nearby towns on our bikes. As the four of us approached the campground gate, the steel arm went up and we all rode through.  At least we thought we all rode through. All of a sudden we heard a loud crash and groan. We looked back to see Dick stopped and holding his head.  The heavy gate arm came down and hit him in the face.  It bent his glasses and the right side of his face was bleeding. He's OK but doesn't look so good. Later when I asked him if his face hurts he said he wasn't going to fall for that trick. He always asks people that and when they say "no" he says, "Well, it's killing me." I hope this is the only “pre-Dick-ament” we have on this trip.

This morning as I went out the motorhome door, Funny Face did too!  There’s a pattern with this cat. Whenever we start on a new trip she just has to escape one time and then realizes it’s scarry outside and we chase her out of the bushes and back into the motorhome. Usually that one time cures her of wanting to go outside and she doesn’t go near the door for the rest of the trip. This time it didn’t happen that way. We couldn’t find her for several hours and when she returned she looked at us as if to say, “That was great fun.”  Sure enough, she tried to escape again this afternoon.  She's wearing a collar with a tag but it really wouldn’t do much good because she’d never let a stranger catch her. 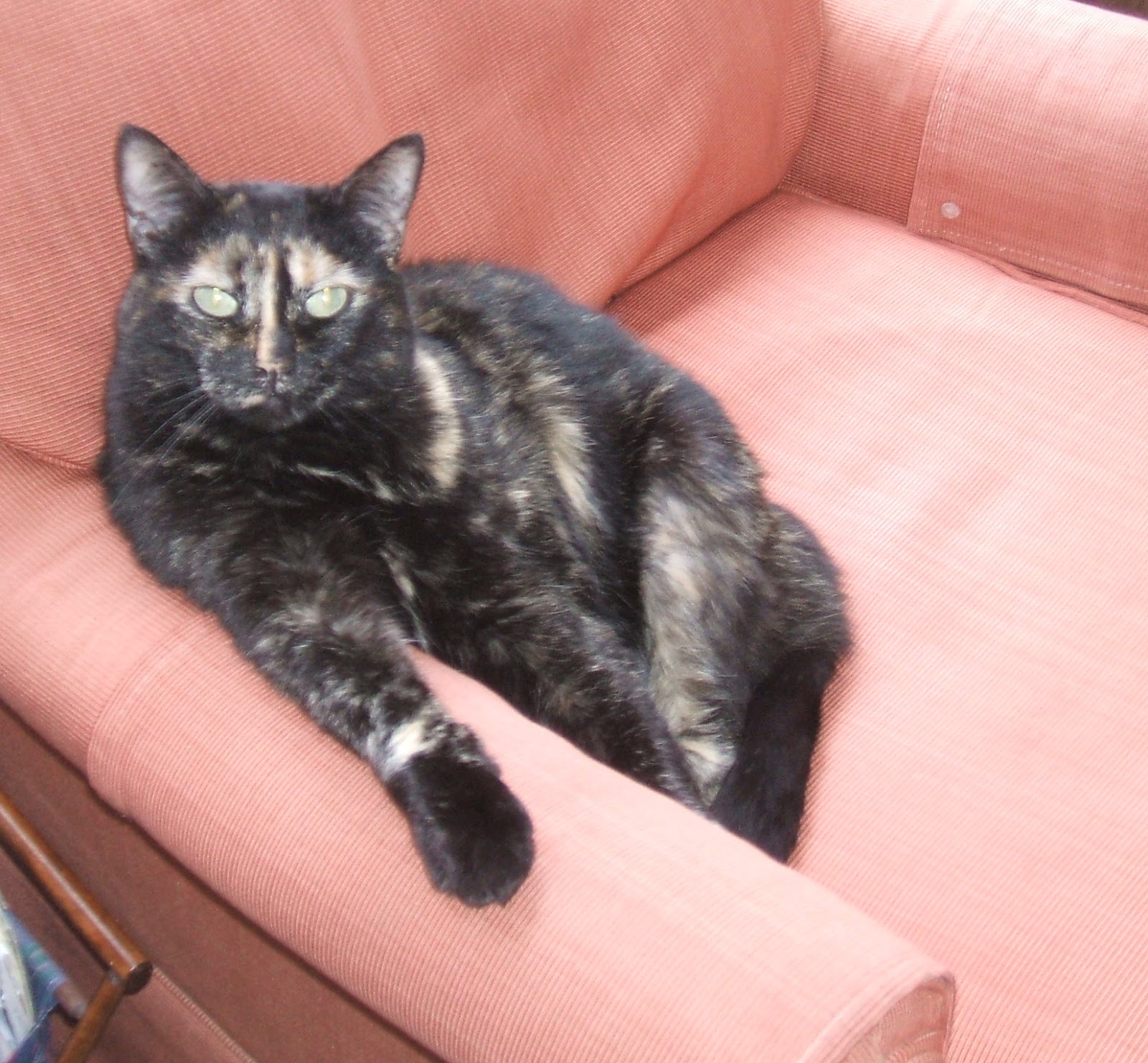 When we lifted up our electric box cover to plug in the motorhome at our site, there were several green tree frogs sleeping there. They are so tiny but all together make big sounds in the night. http://www.youtube.com/watch?v=BEbdtDbM6uo

Did You Know?
The stunning sugar white beaches of this area along the Gulf are composed of fine quartz eroded from granite in the Appalachian Mountains.  The sand is carried seaward by rivers and creeks and deposited by currents along the shore. The long physical journey (about 350 million years) has broken down, bleached and polished the bits of quartz that we see today.

Posted by THE RAMBLING NEWS at 2:55 PM