AND THE HIKE CONTINUES.... 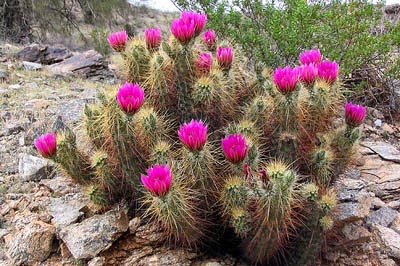 Wow - lots has happened since I posted last! Dick was just beginning his Arizona Trail hike and now he is almost to the town of Pine which is approximately 460 miles under his belt. Over the past few days he is having problems with heat in the 90's and water has been scarce. Everyone is saying it's hotter and drier than normal. I didn't hear from him last night but he tells me not to worry, if anything happens while he's hiking then he died happy. Is that comforting or what? At the beginning of his hike he would come in every 2nd or 3rd day. During this next leg I will not see him for about 12-14 days. 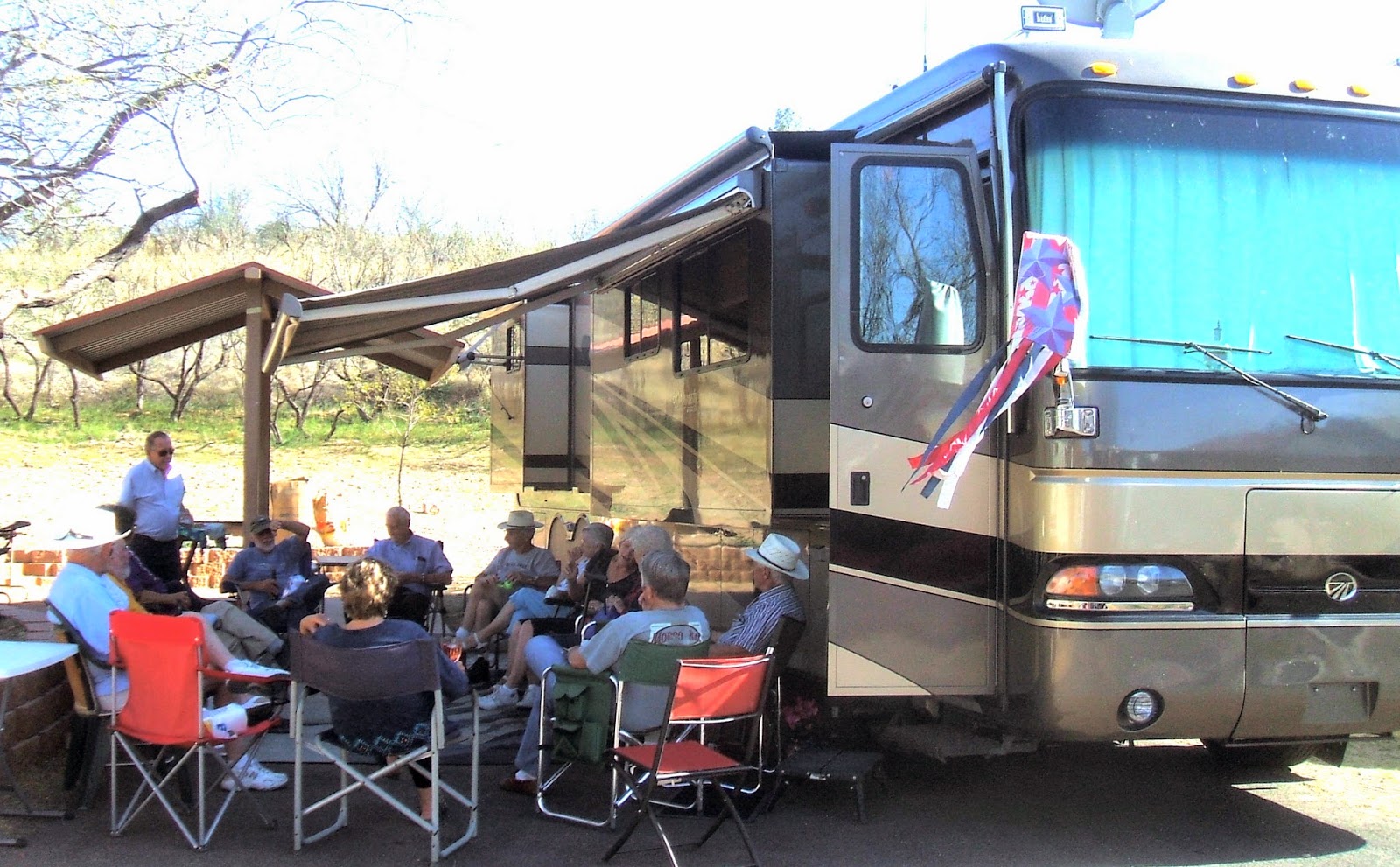 We enjoyed our stay in the Patagonia area. Our base camp was Patagonia Lake State Park. Since Dick was hiking for several days, I introduced myself to a group of RV neighbors that pulled into camp on St. Patrick's Day. They invited me to join them for a true Irish meal. After a couple days I drove 45 miles north to pick up Dick and when I brought him back to camp he right away walked over to introduce himself to my new friends and said, "Hello, I'm Gaila's long lost husband. I smell bad, I look bad, but I feel good!" He was immediately accepted into the group even without a shower.

The Patagonia area is a flyway for migrating birds and also spring-breakers. The campground was full. We found that if you didn't make a reservation during this time of year you probably won't get into many campgrounds in the south.

We traveled on to Catalina State Park in the Tucson area. This park is being encroached upon by malls and homes, but once inside the park it's peaceful, beautiful with amazingly dark skies at night. Where does all the water come from for all these people? Dick asked a local this question and the answer is the Colorado River.

On this trip I read a book called WOMAN OVERBOARD by Camille Gannon and could relate to many of her feelings. I enjoyed the book so much I decided while in the Tucson area I would contact her and see if we could meet. Dick and I met up with Camille and Peter and had a fun evening talking about our adventures.
A fun read. http://www.womanoverboardbook.com

Then on to Florence, AZ to the Desert Gardens RV Resort, my home right now. Sounds fancy doesn't it? Well, it is. Since Dick would be gone 12-14 days on this leg of his hike, we scouted for a good place for me to stay that was safe, had something for me to do and near enough to my parents. I'm here off-season so many of the snowbirds are leaving. I have met a group that plays card games in the evenings and also joined the daily water aerobics. Last night I was invited to go out for dinner with a group. So I haven't had a chance to get lonely or bored. There is a beautiful 2 mile bike/walking path around the perimeter of the park that I love riding at sunset. It's nice being here this time of year to see the different types of cactus in bloom and all the nesting birds. I'm hoping the quail have their babies soon. I'm 5 miles from Florence, home of the third largest county jail in Arizona. I'm told Florence is one of the top safest towns in Arizona. If anyone escapes they're not going to hang around here - right? 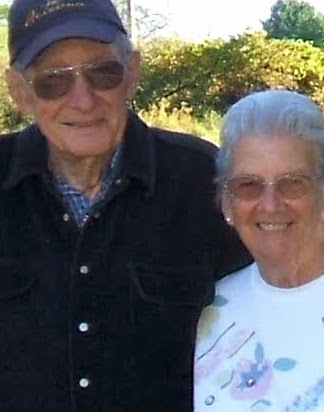 We've had several visitors here.
My parents only live about 32 miles from me so I see them a couple times a week. 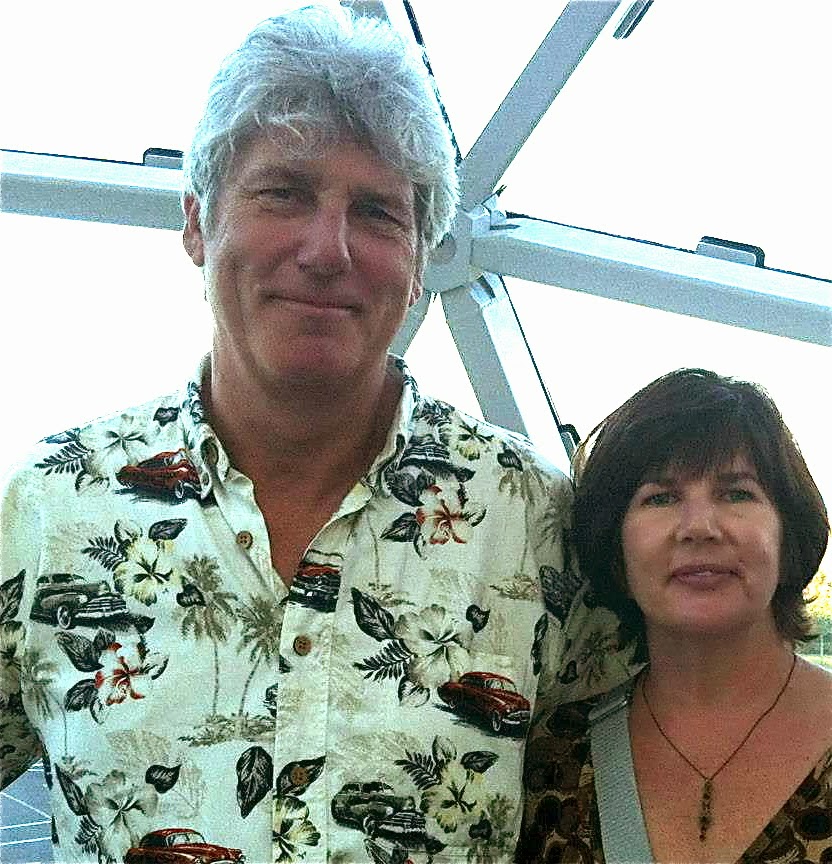 Carl Fromholz and Lisa Grise, from home, had been in Mexico all winter and stopped
to camp a couple of nights with us at this park. This park has lots of
rules. After only one night's stay, the next morning they knocked on our door to tell us that they'd been booted out because their trailer was older than 15 years and their breed of dog wasn't allowed.
We were sad to see them leave. If I hadn't already paid I would have left too. 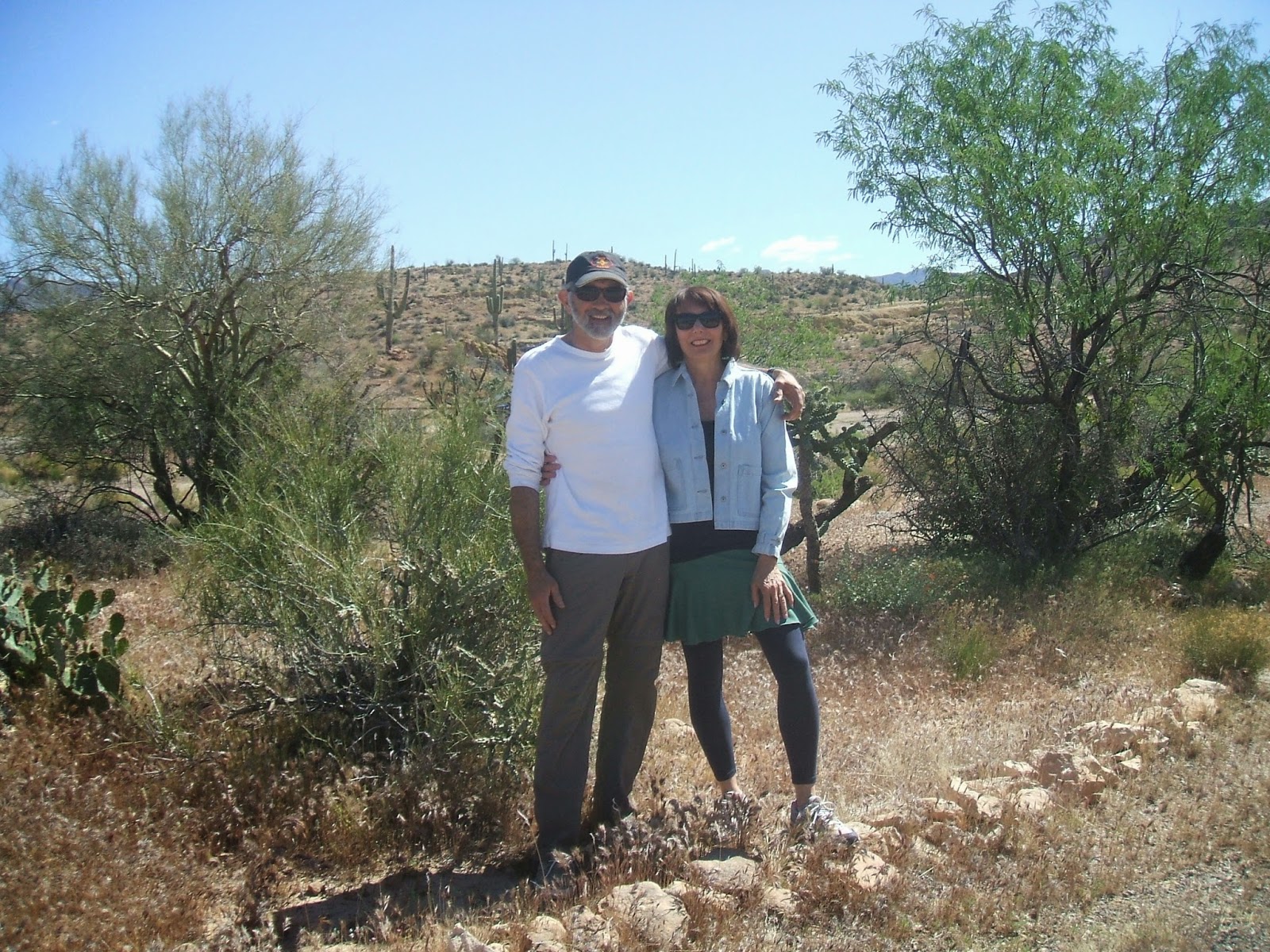 Bill and Laurie Bassett, from home, came for an afternoon visit and the next day we all went to the trailhead outside of Superior to send Dick on his way for the next leg of his hike. 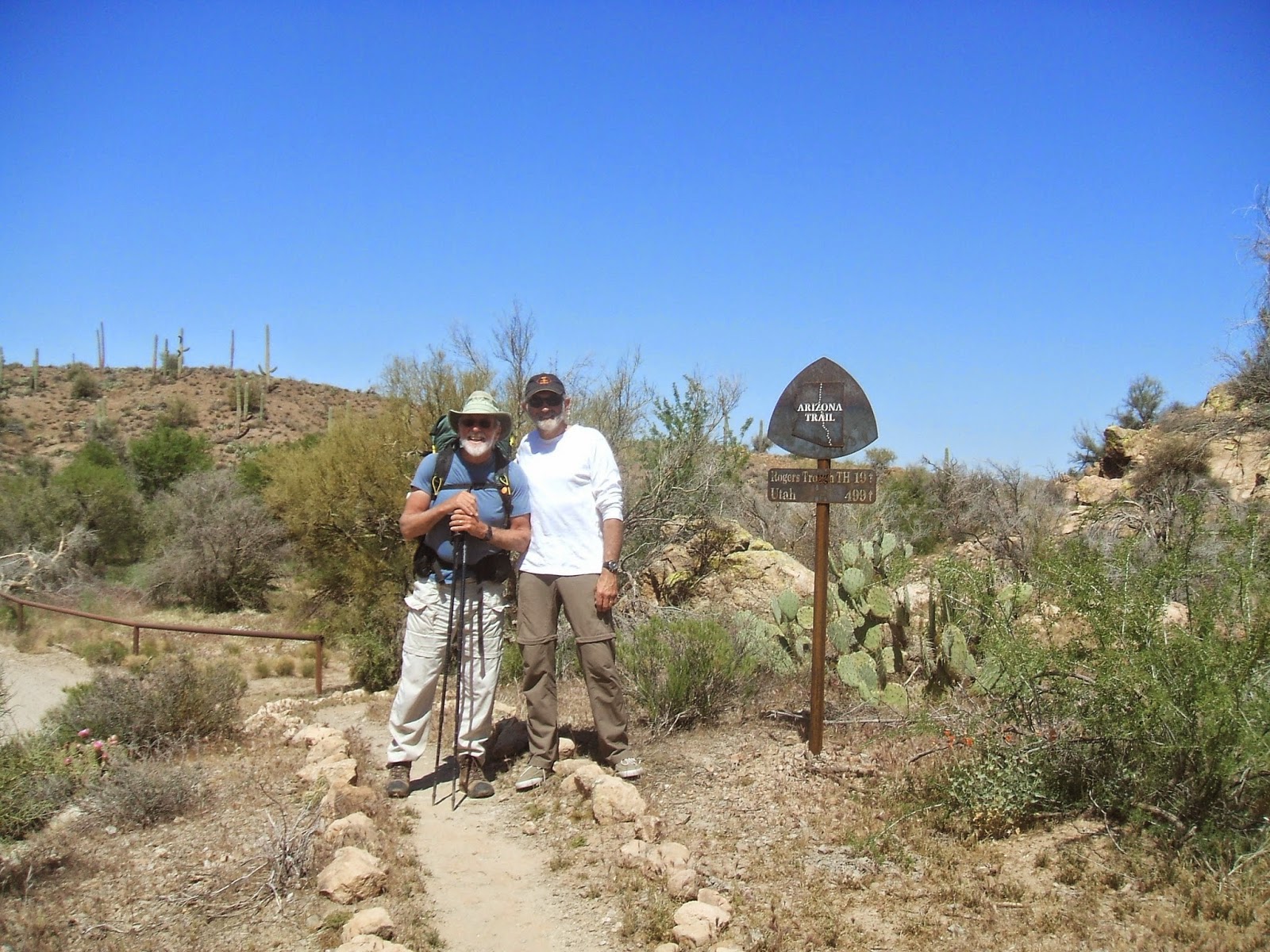 Dick is enjoying this hike. Sometimes during the day he'll call me when he's hiding under something to get out of the heat. A couple times I've offered to pick him up but he says, "No Way".  Here are his last two Blog entries if you're interested in his hike. (Margie - you may not want to read these because there are lots of snake pictures.) 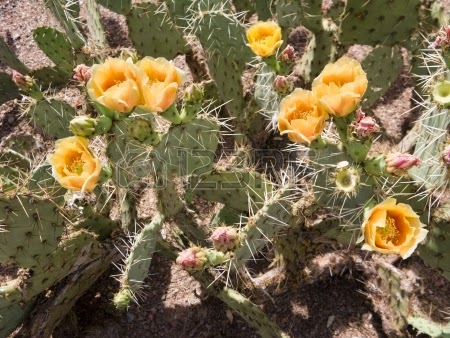 Amazing all the different cactus blooms!  No wonder it's called the "Painted desert".