From Alpine, TX. we ventured west and stayed a week at Oliver Lee State Park near Alamogordo, N.M. We always enjoy our visit there when Marlene and Dave Ferguson, friends from Michigan, are hosts. I happened to time it right and was there during the Oscars and watched them with Marlene on her big screen TV in their RV.
Oliver Lee is a quiet park, high on the side of the Sacramento Mtns. in the Chihuahuan desert. One day Dick hiked 20 miles up Dog Canyon, carrying his 25 lb. backpack, training for his 800 mile Arizona Trail hike. This time he took more food and water after nearly having heat stroke in Big Bend National Park when he did a 20 mile hike in 90 degree weather. When he made it back to the motorhome he almost fainted several times. He kept having to lay down on the floor, in front of the fan, in between bites of the big meal I made him. Crazy man!!
From the campground we can see White Sands National Monument several miles west of us. It is often windy and it whips up the white sand (gypsum), creating a sort of sandstorm. Near the Monument is the White Sands Missile Range where the first atomic bomb was tested in 1945. Dick says he wonders how much plutonium is blowing our way. It has a half life of 24,000 years. If we knew everything about places we visit, we'd stay home! In fact, while we were there we heard on the news that they discovered a leak in the underground plutonium storage facility in the Carlsbad area and we had just camped near there. Just Great!!  nuclear-waste-site-stays-closed-after-radiation-leak

Next we traveled to Pancho Villa State Park in the quiet little town of Columbus, N.M.


We contacted our friend, Ed Trautwein, who was staying in Demming, N.M. and the five of us went to Palomas, Chihuahua, Mexico just over the border from Columbus to have lunch at The Pink Store. 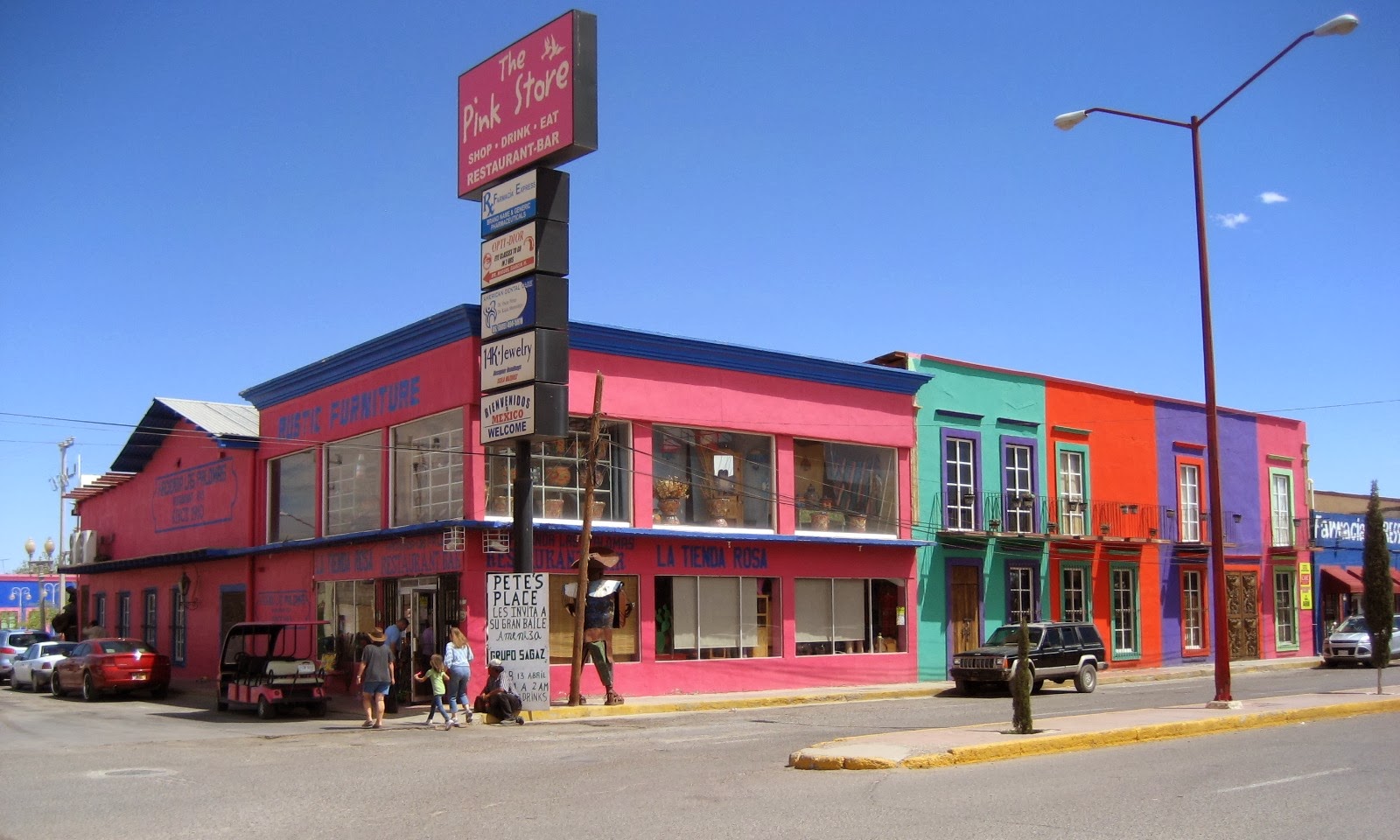 We then traveled to the Chiricaua National Monument in Arizona. The park's campground is for small RVs. Last year we discovered we could park on a corner of National Forest land right outside the park entrance. We liked it so much we wanted to return. Plus, we love the hiking among the beautiful rock formations. We were contacted by email earlier in the day by friends, Ellen and Jon Konnert, wondering where we were and saying they were in Tucson heading for Patagonia. We had just parked our motorhome when another large motorhome pulled up. We were surprised to see it was them! Then Mike and Judy Preston pulled in the next day. We had a little gypsy camp for a couple of days and had a great time together. 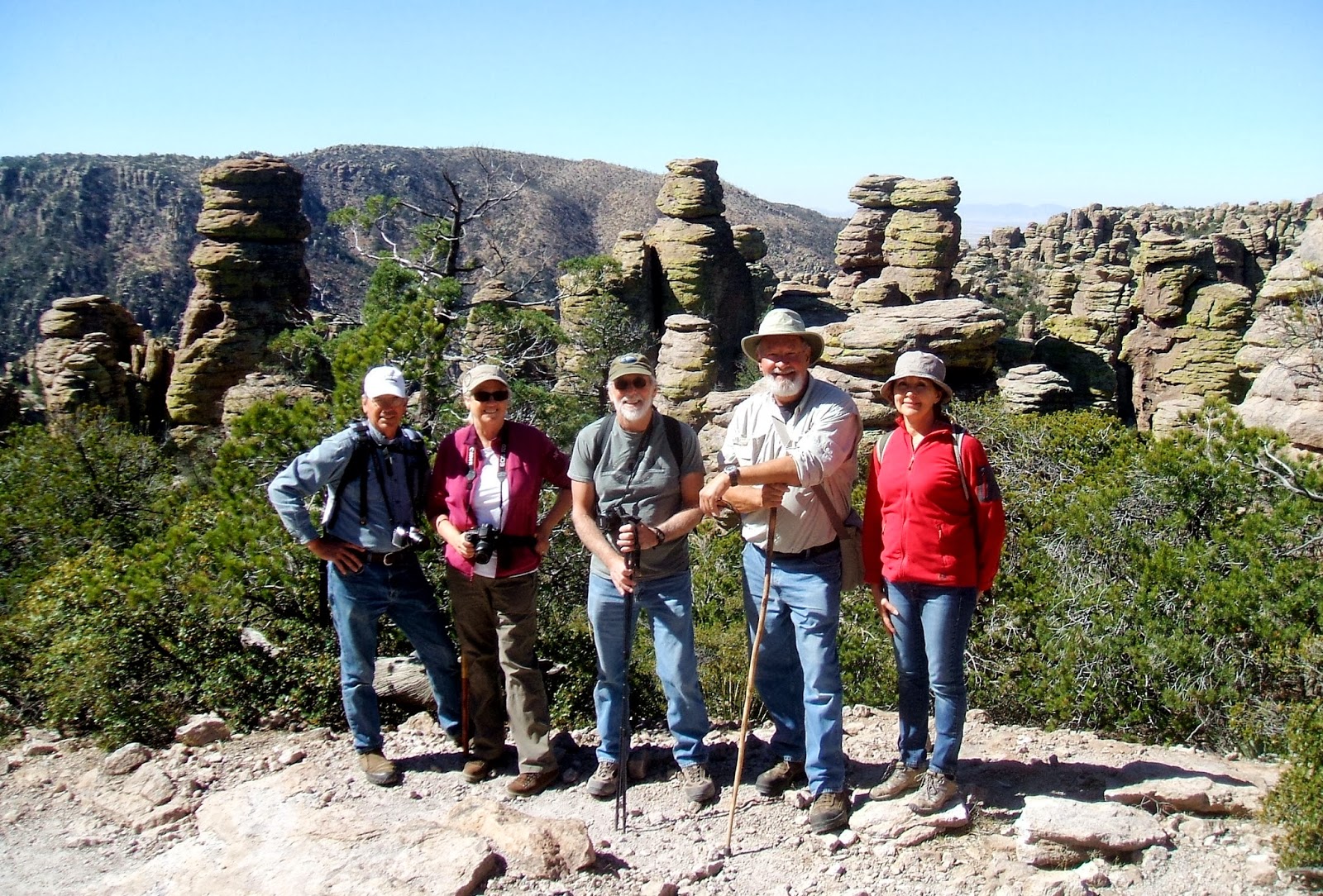 We had to get a move on because Dick needs to start hiking the Arizona Trail. We headed for Parker Canyon Lake area to the closest campground we could find to where he would begin the hike. When we arrived we went to scout out the area. Once we looked at the dirt road that led 18 miles to where I would need to drop him off at the Mexico border, Dick didn't feel comfortable having me drive the 18 miles back by myself. Lots of smuggling and illegal traffic in this area. So we had to come up with another plan. We could call our friends Mike and Judy who offered to drive down and help us. Then I remembered two couples sitting outside at their campsite and said we should ask them if they knew anything about the area. We began talking and it led to Dick saying he was planning to hike the AZ Trail but not sure how he was going to get down to the trailhead. They all at the same time said, "We're hiking the 1st section of the trail and hired a shuttle service to come down from Tucson to pick us up in the morning." They said to show up at 8 a.m. and see if he'd take on another hiker. It worked out perfectly. Our first "TRAIL MAGIC! 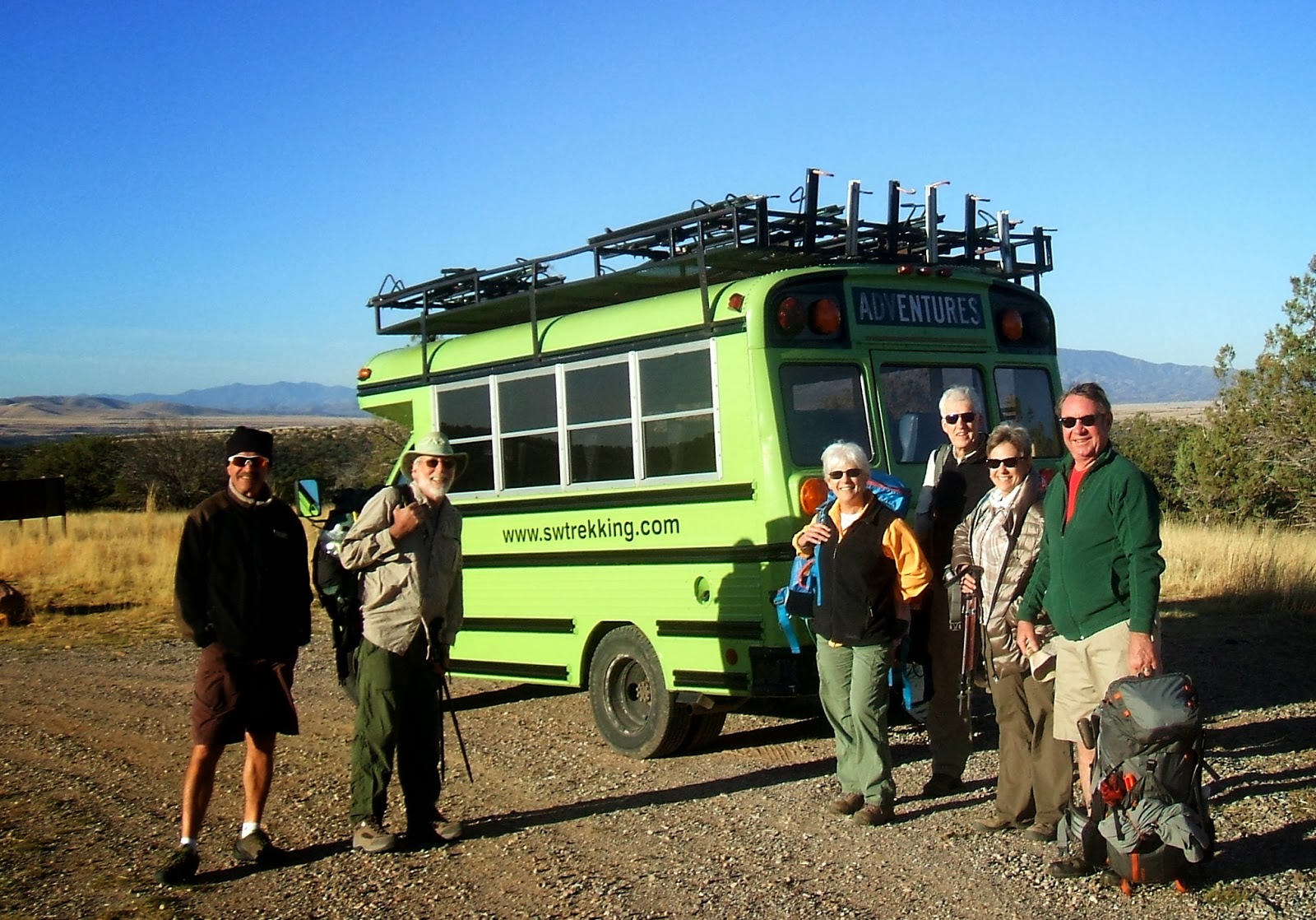 So another adventure has begun. I will keep you posted.  Here is Dick's blog on his hike so far:
CLICK HERE TO READ DICK'S BLOG


Thought this was cute:
SNOW IS A FOUR LETTER WORD

Posted by THE RAMBLING NEWS at 9:50 AM No comments: Links to this post