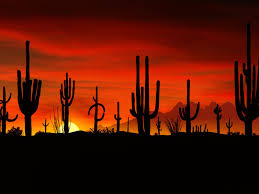 In my last blog I said we were headed for the big cities of Tucson and Phoenix. Along the way we  went to Green Valley to visit Traverse City friends, Nina and Jerry Mann, who now have a beautiful adobe winter home there. It was great fun to sit outside on their back patio under a full moon, watching for the rare comet Pan-STARRS, which we never did see.

We headed north and stayed in the Tucson Mountain Park at Gilbert Ray Campground. It is located next to Saguaro National Park. I love the saguaro cactus and all the creatures that depend on it and we arrived in time to experience the desert in bloom. One day we spent 6 hours touring the Sonoran Desert Museum.  I'm not a fan of museums and zoos, but this place impressed me when I visited it in 1979 and again this time.   SONORAN DESERT MUSEUM

We then moved to the NE side of Tucson to Catalina State Park and visited Sabino Canyon.  Maybe it was the time of year but it felt like an amusement park with all it's crowds. As we hiked through the canyon we could hear the sound of the tour guides on the shuttle buses over their speakers. It is a good thing that they don't allow cars on the drive to the top of the mountain anymore - too many people. Again I say, the Boomers are coming, the Boomers are coming!!  Over 10,000 Boomers retire each day and they say for the next twenty years. We are finding some places less attractive because of all the people. When it gets too difficult to get into parks we may change our way of traveling.

We then traveled up to Apache Jct. to Lost Dutchman State Park. This is a beautiful place next to the Superstition Mountains on the outskirts of Phoenix and a convenient place to camp for a week while we visited my parents and do some repairs. Dick is not in his element when we're in cities. He is not patient so that adds to his frustration with people and traffic. He did hike to the top of the mountain to get away from it all but there were a ton of people on the trails. He was happy to move on.

We moved north to Camp Verde to a National Forest campground situated along Clear Creek under Sycamore and Cottonwood trees. It was very quiet with lots of birds - nesting Kestrels, ravens, woodpeckers, cardinals, yellow-rumped warblers and at night listening to the calls of the great horned and screech owls.  My parents drove up to visit for a day, Laurie and Bill Bassett, friends from home, drove down from Oak Creek, where they rent a condo for a month, and we visited around a campfire under the full moon. We hadn't seen them since the Everglades and it was fun catching up.  We had a quiet few days until the weekend when the park filled up with loud, inconsiderate, partying people. We get spoiled with quiet secluded places. We'll be leaving soon to find that place.


Posted by THE RAMBLING NEWS at 10:26 AM No comments: Links to this post

When we travel west we always stop in Columbus, New Mexico. We like its uniqueness and friendliness. We camp in town at Pancho Villa State Park. Before Janice left us, we wanted her to experience The Pink Store, located just across the border in Palomas Mexico. When we crossed the border it was a bit unsettling to see Mexican police and military with M16s. We walked as quickly as we could to the The Pink Store to shop and have lunch. Before we went into Mexico, a park volunteer, who goes over to Palomas often, made the comment that it is very safe and there has never been any problems for US citizens.  Janice immediately asked, "What about Canadians?" Yvonne Romero, the owner of the store, always greets us as we arrive and makes everyone feel welcome.


This year we stayed to experience Camp Furlong Days. The annual event promotes friendship and goodwill between the US and Mexico.  Residents from both sides of the border join in celebrating. The date of this event is the date Mexico invaded the United States in 1916.  This year the Columbus Historical Society honored the 18 US victims of that day with photos on display. There were speakers and vendors and people singing and dancing in the plaza. The most spectacular of all was the parade of riders who had traveled over 150 miles to cross the border to join with riders from the U.S. in a celebration of peace. 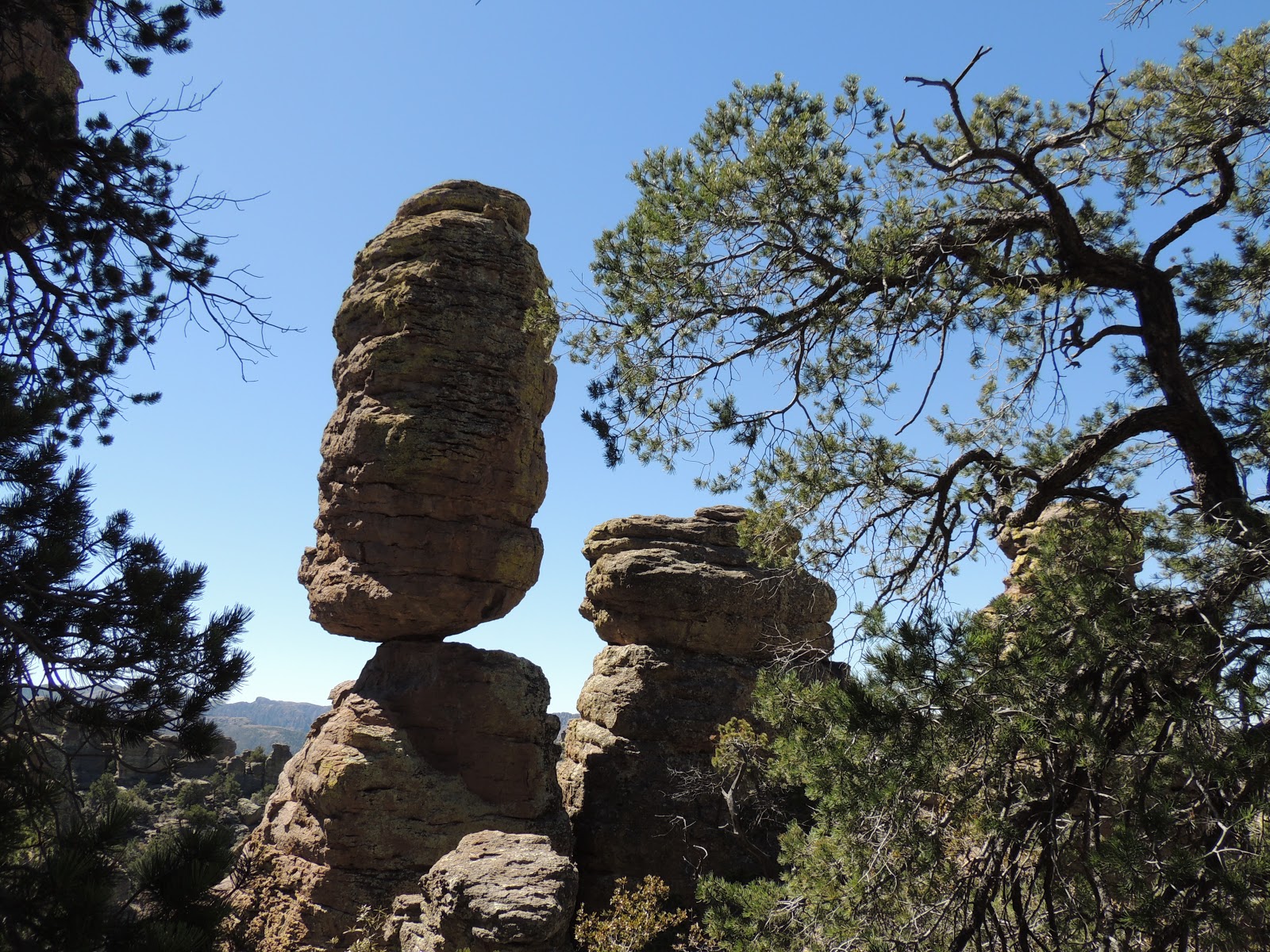 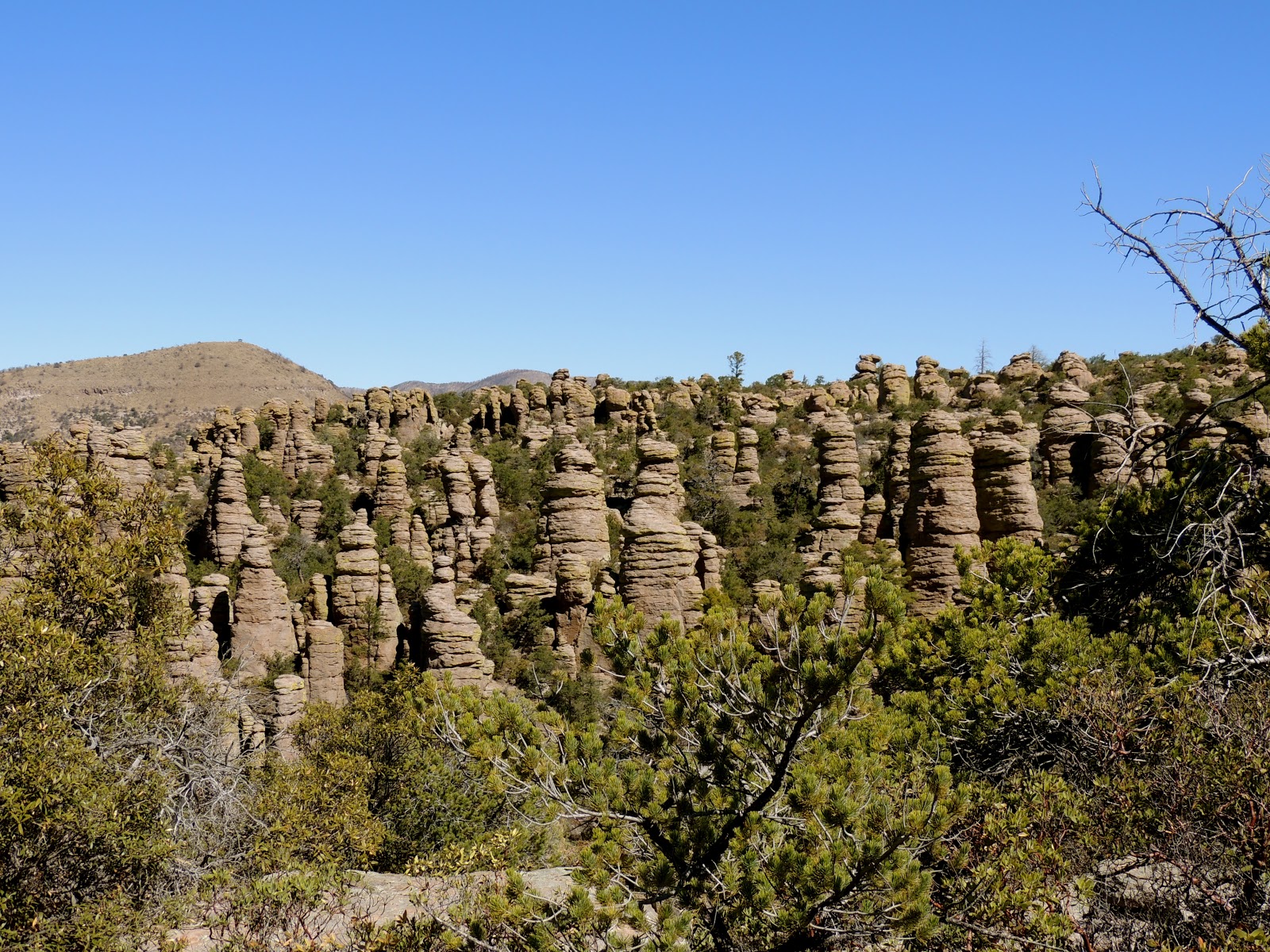 Posted by THE RAMBLING NEWS at 6:56 PM 3 comments: Links to this post

We left Big Bend National Park passing through the old mining town of Trelingua and following the road along the Rio Grande River through Big Bend Ranch State Park and the border towns of **Lajitas, Redford and Presidio. We were in the lead with Janice and Baloo following. Our plan was to head for Marfa to see the famous Marfa lights. The gas station attendant in Marfa said RVs can park overnight at the Viewing Area.  As we were approaching the parking lot we thought we saw the famous “Pummell.”  Our German friends, Hilo and Sigo were camped there too. I felt very safe parked behind them for the night. No one would bother us with their rig in sight. We stayed awake until around 10 pm hoping to see this strange phenomenon that people come from all over to see. I woke up around 11:15 pm and looked out to see one twinkling light on the horizon that I hadn’t seen before. I woke Dick but he wasn’t impressed saying it was just a porch light or car lights. The next morning Janice was so excited saying there was no doubt she’d seen the lights around 11:30 p.m.  Marfa Lights
We continued on to Guatalupe National Park and experienced a very windy night. The wind blows quite often in Texas. We asked a man if the wind ever stops blowing in Texas and his answer was, “Yes, just long enough to turn and blow the other direction.”
Janice was worried her 14 ft trailer would blow over. It didn’t help her any when the park ranger said the winds get so bad sometimes they have to close down the mountain pass. They’ve had 18 wheeler trucks get blown over on their sides. She parked between us and another RV to help shield her that night.

The next day we drove on west through the natural break in the Rockies that gives the town of El Paso its name, leaving the big state of Texas and into New Mexico. Our destination was Pancho Villa State Park, in the little village of Columbus.
Janice stayed with us a few more days but she decided she’d better say good-bye and start heading home to British Columbia, Canada. Canadian’s cannot be out of their Province for more than six months or they lose their health insurance and they can only legally be in the United States (a US thing) for six months but don’t ask me why. We hated to see her leave us. We will meet again for sure.

Posted by THE RAMBLING NEWS at 9:00 PM No comments: Links to this post

Texas has miles and miles of wide open spaces. Driving west on Hwy. 90 from San Antonio, ranches are few and far between and the towns we passed through looked like ghost towns. Our plan was to head for Alpine where we would stay at a commercial park so we could connect to cable and I could watch the Oscars. I decided to give up that idea when we began to experience cold temps and high winds.  I emailed my sister and asked if she would tape the show for me and mail it to Big Bend National Park. We would have an "Oscar Night" later. We wanted to head as far south as we could to the Rio Grande - the boundary between the United States and Mexico.  It was a wise move. Cottonwood Campground near Santa Elena Canyon was much more pleasant. We met up with our Canadian friend who had also headed that way for the same reasons and we explored that side of the park together. The center of attention was a pair of Great Horned Owls that we could spot in the high branches of a Cottonwood trees. Every evening, at the same time just before dusk, campers would gather to watch them mate. A great place for bird watching, the vermillion flycatchers were everywhere. After a few days we relocated to the Rio Grande Village on the East side of the park. Even though Janice needs to be home by March 22, she went too. On the way we stopped to stash a gallon of water at the Homer Ranch. Dick was planning a two day, 33 mile backpacking trip on the Outer Loop which passes through this ranch and water is scarce in the desert. One afternoon the three of us went to soak in the hot springs. Dick stayed in just a little too long. As he climbed out of the water to cool off he said to me, "I'm feeling faint" and slumped over. (Janice's first thought was being the joker Dick is that he was just pretending). If we hadn't been there to catch him who knows what would have happened. There was a river guide also enjoying his soak in the hot springs who quickly came over to help. Even though he's fainted before I was very upset. Dick finally woke up looking at this guy slapping him in the face. The next day he would leave on his two day hike. Janice knew I was a bit concerned that he might faint again and without someone there to catch him he'd fall off the side of a mountain. I think she was just as concerned as I was because she stayed around until he returned.


Posted by THE RAMBLING NEWS at 1:35 PM No comments: Links to this post