FALL IN THE ROCKIES


We were in Glacier National Park for 5 weeks. During that time Dick hiked close to 300 miles overall. He did one last 5 day backpacking trip in an area he'd never explored before. He discovered a part of the park that is now his favorite called HOLE IN THE WALL.


Our Michigan friends, Fred and Jill Moon, were visiting the park with a Road Scholar group. Before  the activies began they visited us at the campground.


We stayed a week longer than planned while I flew to Seattle to visit Maggie for a few days. Dick stayed behind to take care of BOO. Maggie is well and loves her life in the big city. She was busy with work but I enjoyed whatever time I could get with her. 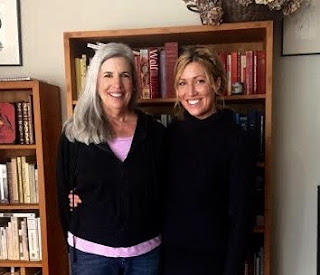 After my return to Montana it was time to begin migrating south. We were getting lots of rain and we needed sun to recharge our solar panels, plus we were seeing signs of mildew taking over. We traveled on to Yellowstone hoping for sunshine and we found it!!

Dick went on a two day hike in Lamar Valley before we traveled south to the West Yellowstone area.
He had hoped to see more wolves or grizzlies but mostly walked through herds of buffalo.


While on the west side of the park we hiked the several thermal areas and, of course, watched Old Faithful spout off. 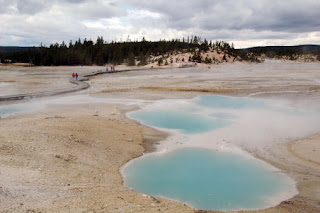 It was getting cold and wet again so we headed south to Grand Tetons National Park. Dick had hoped to hike the Teton Crest but it was raining at the campground and snowing in the higher elevations so we didn't stay long. From Jackson Hole, south to the Flaming Gorge, we saw lots of wildlife - moose, pronghorn, elk and hawks.

Now we are enjoying the Utah sunshine and heading for Capital Reef, Bryce and Zion National Parks.

Posted by packtoter at 7:39 PM 3 comments: Links to this post